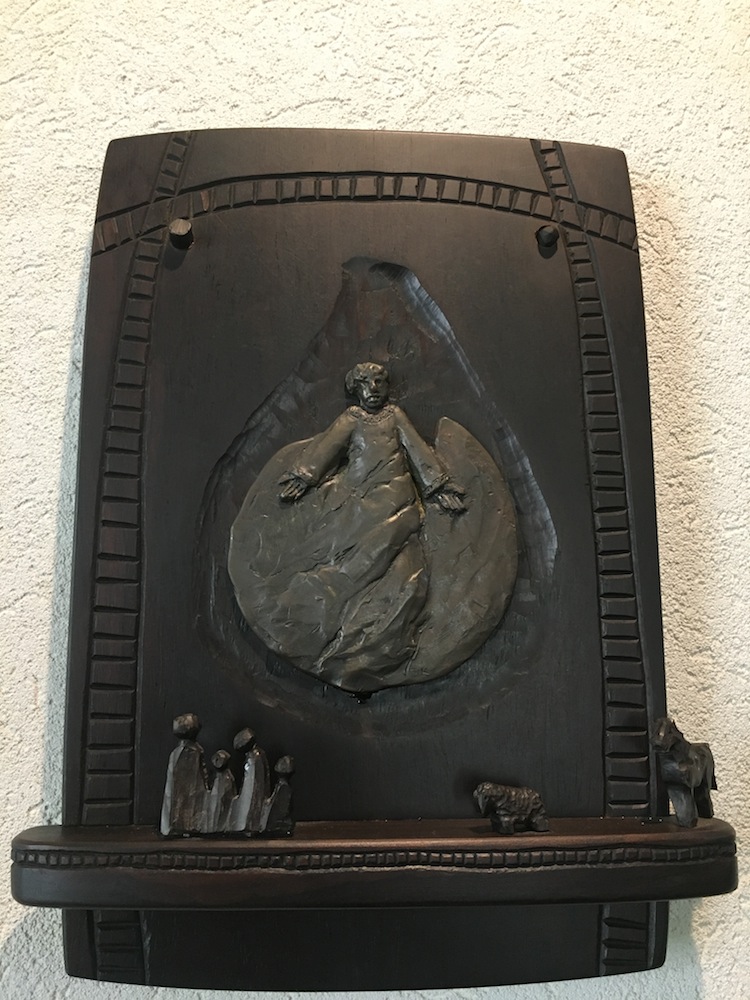 
Mary of Magdala came to the tomb and saw the stone removed from the tomb.

Peter and the other disciple went out and came to the tomb.

The other disciple arrived at the tomb first; He saw the burial cloths there

Simon Peter arrived after him, he went into the tomb and saw the burial cloths there, and the cloth that had covered his head,

Then the other disciple also went in, and he saw and believed.

For they did not yet understand the Scripture that he had to rise from the dead.

Church on Easter Sunday, this scripture is repeating what Jesus said in Matthew 18 verse 20.

“For where two or three are gathered together in my name, there am I in the midst of them.”

They all went to the tomb and eventually made it to the church.

This pandemic is highlighting something that deeply concerns me.

More and more we are gathering for funerals

And today, when you think about it, people are risking their life in order to go to a funeral. In other words, to do what I want to do.

Mary of Magdala went to see the tomb.

When she got there and saw the stone rolled away,

She wasn’t expecting that,

She had not considered that,

She didn’t know what to do with that

So, she did what? She high tailed it out of there.

Peter and the other disciple came to the tomb to see what was up in there. These were nosey men.

So, we have the dutiful, don’t start none, won’t be none, woman

And the nosey men meeting at the cemetery.

And in the middle of the meeting

Mary let go of her logic.

Logically, something was wrong

And when John met her at the cemetery

His fear stopped him, but his curiosity got the best of him.

He came to fix this thing.

But he went in first and allowed the other two the comfort of following him,

and with no real explanation

and he humbled Mary

and peaked John’s curiously by showing them that not only was the burial cloth and head dress still in the tomb,

they were rolled up and put away.

Peter said, this is not the work of a ne’re-do-well. This is the work of somebody who had an excellent mother and amazing home training. He opened their eyes to something mysterious.

And that’s when it happened.

Not by one, not by two, but by two or more gathered in His name.

They thought they were gathering at the tomb

And Jesus did his thing and turned that gathering into a church.

He will do it in your kitchen

All it takes is a small gathering and some good home training and a little bit of mystery, and God has got a ball-game going on that could capture the attention of the whole world.

An Easter Sunday during a pandemic it doesn’t get any better than this to get it right.

If two or more of us kind find the time to just think about it,

Just wonder about it, just be about it, something good is going to come out of all the tombs of life.

Something someone tried to bury out of fear is going to rise up and save lives.

Something God given is going to pick us up, turn us around, and place our feet on solid ground and we will never show up to a church for a funeral again.

We will show up to a church because somebody was raised from the dead.

We will we show up to a church because somebody lived, not because they died.

It’s Easter Sunday, and here we are gathered by invisible, electric, particles of light.

The scientists tell us that these energetic gamma rays, after billions of collisions with matter, this radiation reaches us after something between 100,000 years and 50 million years ago.

The church tells us the mystery continues.

Today I clicked on a link and I was in church.

The Catholic Church in Englewood.

Keep clicking on the link

Keep believing that when we link together

The Word gets proclaimed

And somehow, we get communion.

God is talking this Easter

And he is clearly saying

Believe it or not, I’ve been doing this for longer than you know.

I’ve been getting you to church for longer than you know.

In Easter God says, trust me, you are not ready for all of this

So someday, one glad morning before this life is over,

You can see how to live right and stop living a live where your best gathering is a Facebook funeral for everybody who went to school with you and your birthday parties will be for everybody who came to church with you.

Mary, John and Peter tried to go to that tomb to keep the funeral going.

Jesus turned it into a surprise party where you walk away with the greatest mystery novel ever.

We don’t know what tomorrow brings, but we do know that God is light years ahead of us.

We may have to start wearing sun-glasses in church because

God is alive and brilliant.

Keep clicking on the link that makes us church and keep following the man who was raised from the dead.

Mark the day the school closed

Mark the day of the shutdown of the church

Mark the day of the shelter in place order

Mark the day you stopped going out in public

Mark the day somebody coughed and you jumped

Mark the day somebody sneezed and you ran

Mark the day of the reopening

Don’t forget to re-mark the day of Easter